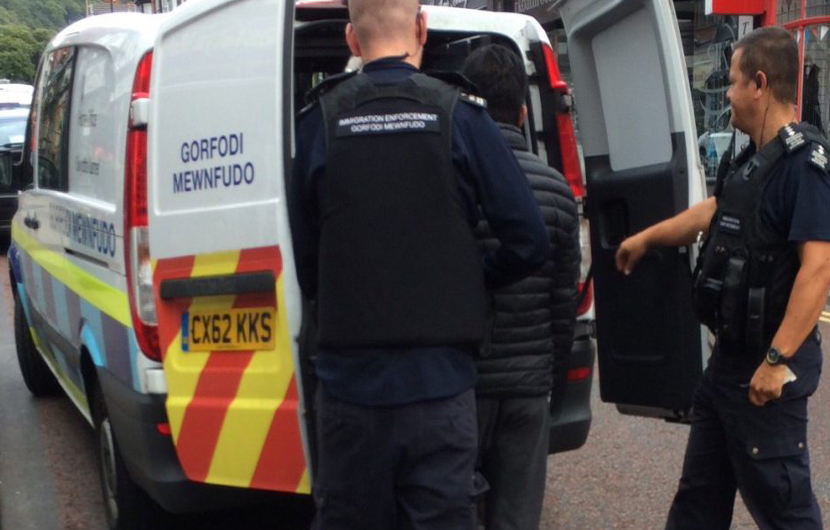 A new Immigration Bill will contain a range of new powers to deter people from trying to find work here illegally and measures to deal more effectively with the businesses who offer them employment.

This will include powers to close down for up to 48 hours, those businesses suspected of employing illegal migrants while they prove that the proper right to work checks have been conducted on staff.

The worst offenders would then be placed under special measures as directed by the court, which could lead to continued closure and compliance checks.

The Bill will also allow for the removal of trading licences for certain establishments, such as takeaways, pubs and off-licences. Consideration is being given to extending this power to cover minicab drivers and operators.

The maximum prison sentence for employers found guilty of knowingly employing illegal workers will be raised from two to five years and the existing evidence requirement to prove this offence will be changed in order to boost prosecutions.

Finally, the illegal workers will themselves face up to six months in prison and/or an unlimited fine and/or their wages being seized as proceeds of crime for committing a new criminal offence of illegal working in England and Wales.

For advice and guidance on carrying out full and safe employment checks, contact Catherine@aspirehr.co.uk www.aspirehr.co.uk

How can we help you?

Contact us at the Aspire Altrincham Head Office or submit a business inquiry online.

Friendly, approachable as well as highly professional. Aspire HR’s knowledge and experience provides us with the assurance that we are acting correctly and have taken all due considerations into account.